“From a Pennsylvania Field, a Monument to Fallen Linemen Is About to Rise” ~IBEW Media Dept. 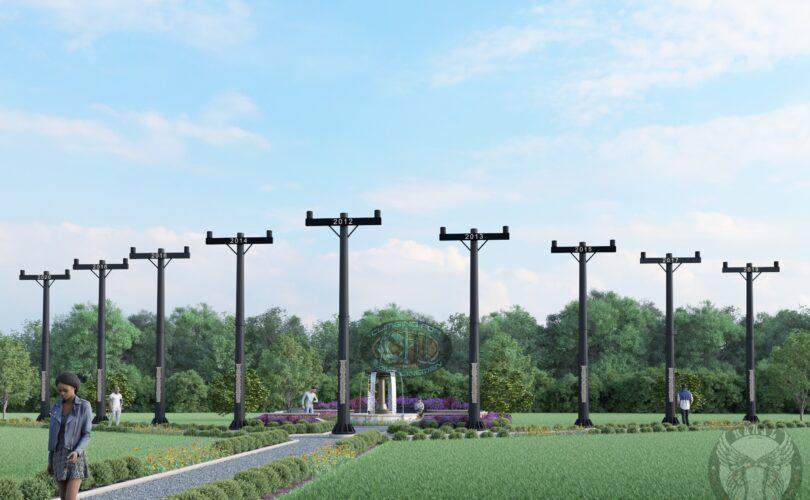 It wasn’t pretty at first glance. Some people would have seen an open field with trash strewn all over and thought Rae Johnson was crazy.

An abandoned trailer and other trash had to be clear from the 11-acre site to prepare it for future construction.
But eight years after she helped found the National Sisterhood United for Journeymen Linemen – which provides financial and emotional support to families of linemen killed or seriously injured on the job – she was convinced it would be the site of a national monument to permanently honor those fallen workers.

“I took a look at the field and every piece of hair on my arms and neck stood up,” said Johnson, a former apprentice herself at Philadelphia Local 126 and whose husband, Tom, is a journeyman lineman and member of Wilkes-Barre, Pa., Local 1319. “It was the way it lined up, with the trees off to the right. I know it sounds crazy, but this was kind of what I was dreaming about it.”

With the help of donations from IBEW members and local unions, the NSUJL purchased the 11-acre property in Freeland, Pa., about a two-hour drive north of Philadelphia. Members in the area volunteered to clean out debris – both seen and unseen. There were old trailers filled with garbage and abandoned cars. Trash was hidden beneath weeds that had grown nearly six feet high in some spots.

It was cleaned in time for the annual ceremony to honor linemen killed on the job in mid-August. A capital campaign is ongoing with a goal of $750,000. Funds will be put toward a permanent home on the property for the NSUJL and the national monument to fallen linemen.

“We really need a more permanent place for these brothers and sisters to be honored,” Johnson said. “Where their families can come all year and their sacrifice will not be forgotten. It will be remembered forever.”

Johnson worked as a ground man and was an apprentice lineman until an arm injury forced her to leave the profession in 2007.

“When I got hurt, it devastated me,” she said. “At the time, I did not understand why this happened to me.

Legacy for Lineworkers on WBRE! 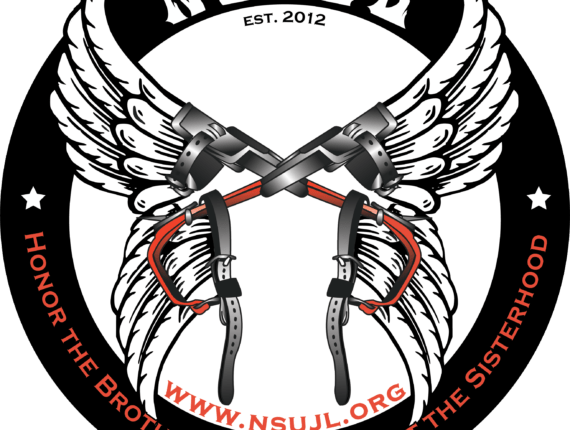