In Memory of Brother Lynnie Martin 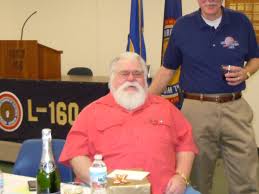 In Memory of Brother Lynnie Martin

Brother Lynnie Martin did his apprenticeship at IBEW Local Union 53. He traveled to Minnesota in the 70’s for work. In 1979 Brother Martin became one of the first Journeymen Linemen Outside Business reps for the Mo. Valley Unit 160.3. He served in that position until his retirement in 2012. Lynnie was a brother and friend to 100’s of Mo. Valley and IBEW members.~Kevin Peterson Lynnie Lee Martin passed away peacefully in the presence of his family in his Mesa, Ariz. home on Jan. 11, 2018. Lynnie was preceded in death by his parents, Rachel and Lynn Martin of Beatrice, where Lynnie was born on Dec. 28, 1946. His older brother, Fred Benny Martin, and a much loved brother-in-law, Eldor Schuerman, also preceded him in death. Survivors include Lynnie’s wife, Doris Martin; and his children, Brad Martin of Coleraine, Minn., Nancy Kelly of Wagner, Okla., Scott Kling and Kim Rich of Grand Rapids, Minn. Lynnie also leaves behind three loving sisters, Barbara Schuerman of Mesa, Ariz., Lee Wolery and husband, Dale, of Mesa, Ariz. and Joplin, Mont. and Sherry Aginah of Lincoln. Additionally, six grandchildren, as well as many nieces and nephews, mourn his loss. Lynnie spent his childhood in Beatrice roaming its pastures, school yards and parking lots as a playful young man. He adopted an early twinkle in his eye and a mischievous grin, which he carried throughout life. He attended First Baptist Church and Beatrice High School. Lynnie loved his roots and maintained meaningful contact with his hometown friends and fellow workers in the IBEW. He loved attending Beatrice High School reunions. Lynnie’s life work started as an 18-year-old lineman in Nebraska. After a few years, he became the business representative for IBEW, Local 160 in Grand Rapids, Minn. He worked in the IBEW for 35 years, retiring in 2012. In his capacity as business representative, he traveled widely and often represented the union in Washington D.C. Despite his singular focus on his career, his interests were broad. He enjoyed his work friends and fishing buddies. Every year, they took a fishing trip to Mille Lacs Lake, Minn. Sometimes they caught fish. Lynnie collected antiques, saved things like the Levis he wore in high school, bought and sold jewelry, created a massive collection of music on his computer, especially enjoying older country songs, hosted family dinners in steak houses and at Red Lobster and was he always an engaging conversationalist. Lynnie loved a good laugh, he thoroughly enjoyed children, he told jokes to test the humor of new friends and was a constant larger-than-life presence. As he aged, he took great joy in his Santa Claus look and in teasing those around him. In recent years, he apologized tongue-in-cheek to his sister, Lee, for dropping a log on her 5-year-old head when they played as children. Last April, he brought his sister, Barbara, to the brink of utter frustration because of a particularly clever April Fool’s ruse he played on her. He was the remaining patriarch of his family and was a bright dash of sunshine to all. Despite his failing health; his winsome ways, thoughtfulness, powerful personality and ever-present smile leave a huge hole in the hearts of all who knew and loved him. They are comforted by the assurance that Lynnie Lee Martin is with the Lord and they will once again enjoy him in eternity.